ESN IUE is a section that was established with the support of the Office of International Affairs at the Izmir University of Economics. As a non-profit organization, ESN IUE is executed by the students who voluntarily organize and participate in various events during each year. These students are accepted to the ESN family only if they are successful when it comes to participating in meetings and followingly, in an eliminative interview.

ESN IUE has five executive board members who are responsible for certain departments within the section, such as the presidency, vice presidency, financial coordinating, human resources, public relations and so on. 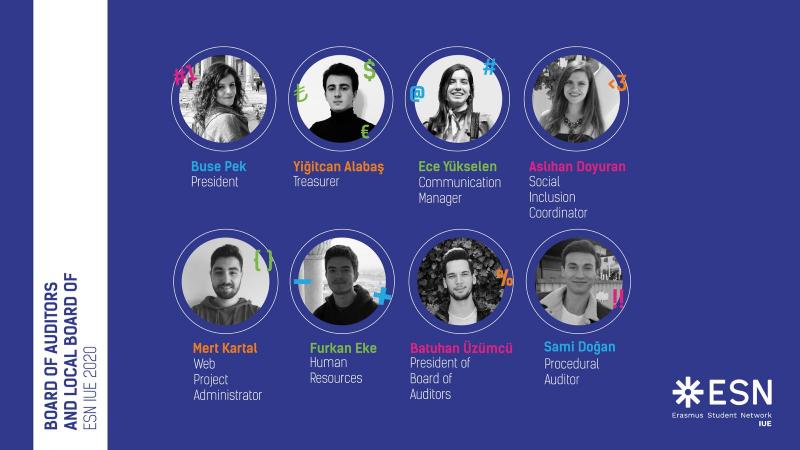 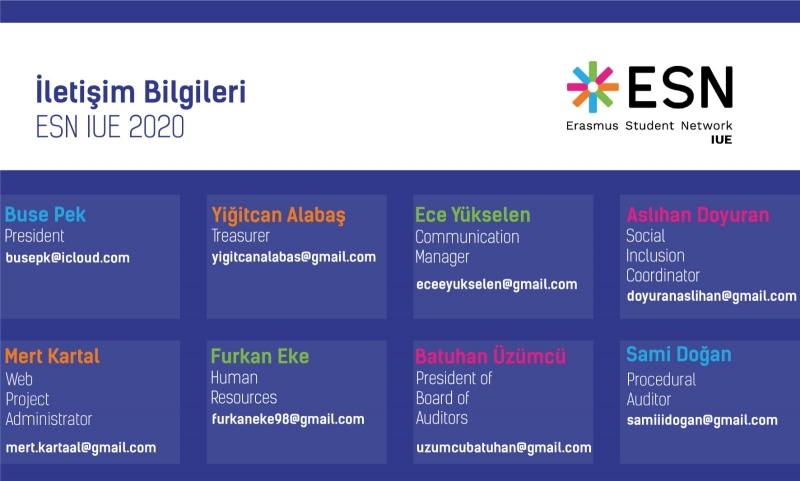